Traina® Foods Sun Dried Tomatoes: An Important Part of a Plant-Forward Diet… for Another Great Reason!

While in the past, tomatoes have made the list of healthiest produce for being chock full of vitamins A B6, C and K, while also providing an excellent source of potassium, fiber, folate and more, they are now being credited for an additional super power — fighting skin cancer!

Research from Ohio State University shows that tomato consumption may protect again skin cancer, based on a study investigating whether diets that included tomatoes would protect the skin from tumors.

The study included two types of tomatoes – red and tangerine (orange) tomatoes, both of which are loaded with lycopene and other phytochemicals. Both types of tomatoes possess similar properties when it came to result findings of developing fewer tumors.

However, there seems to be more to it.

In an article, Jessica Cooperstone, an assistant professor at OSU and co-author of the study, said, “Interestingly there was more lycopene in the skin of animals on the tangerine tomatoes [versus] red tomatoes, but that difference in lycopene level didn’t seem to translate to fewer tumors. What we would expect is that if lycopene is the effective agent protecting skin from damage and cancer in this model, [then] when you have more lycopene (be that in skin or in blood), you would expect fewer tumors. This is not what we observed.” The study researchers believe that beyond lycopene, tomatoes possess other compounds that also help fend off skin cancer and hope to continue to advance the study to discover those properties.

Regardless of the reason, for those that enjoy a plant-based lifestyle that includes tomatoes, Traina® Foods California Sun Dried Tomatoes are a delicious way to add more tomatoes to every meal!

From adding them to an omelet in the morning, sprinkling them on salads at lunch or mixing them into a pasta dish at dinnertime, there is no limit to the ways home cooks and chefs alike can brighten up their meals — and protect themselves against skin cancer! — with Traina® Foods California Sun Dried Tomatoes as part of a healthy, plant-forward lifestyle.

A new trend is emerging in the ever-growing snack bar category—savory bars. These bars are being marketed as mini meal replacements. Companies are exploring both plant and meat-based bars with sustainability in mind.* Traina® Foods sustainably produces all its... 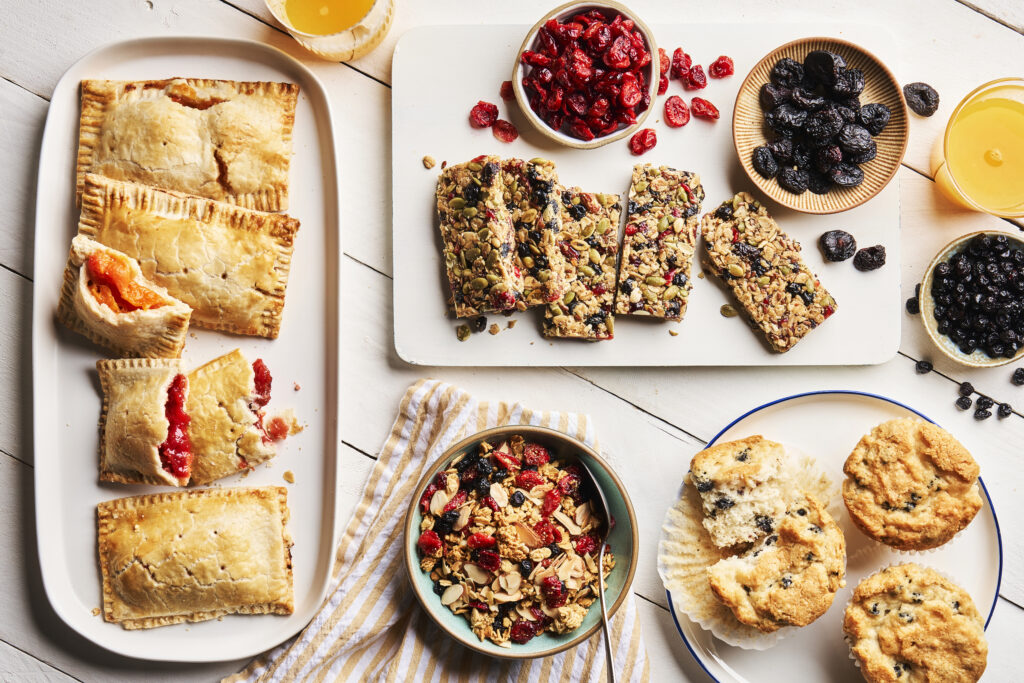 Dried Fruit: The Solution to Nutritious Eating on the Go

For those that are trying to eat healthy and with a focus on more whole and plant-based foods, temptation is at every corner! Not planning properly for a busy day can easily result in a drive-through meal — and a detour from the nutritious eating plan. However,...

With the warm weather, sun shinning and summer on the horizon, its time to lighten up! And that means in the recipe department. Salads and plant-forward apps and sides are perfect spring and soon-to-be-summer bites and with Traina® Foods popular fruitons line, it...